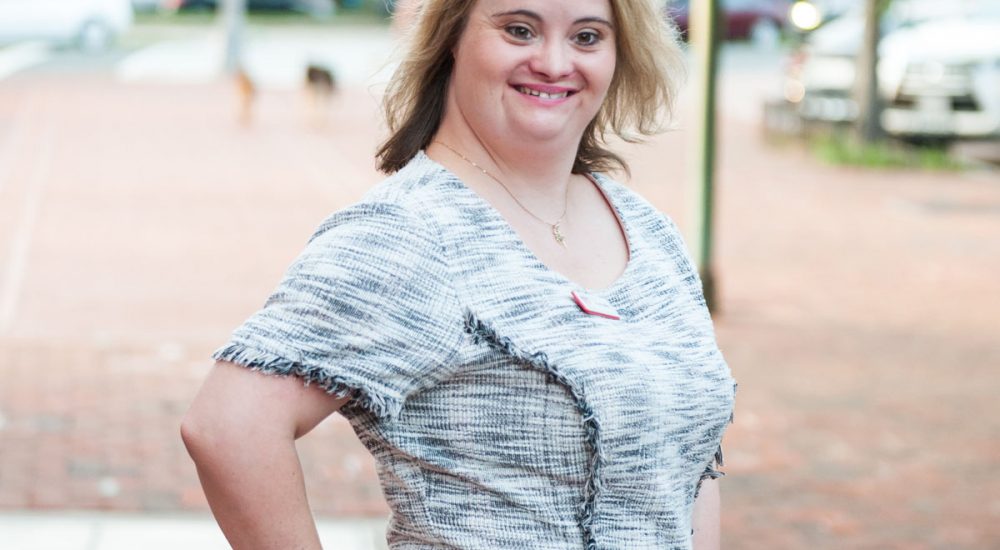 Special Olympics and ESPN teamed up to share stories about 50 different game changers to tell their stories. I have been blessed to be one of them. I was followed around during the week when I went away for Special Olympics State games in Poughkeepsie, NY. A cameraman and his colleague met with me, they followed me around to my competitions. I competed in Track and Field, I ran the 50 meter dash, did the standing long jump and the softball throw. I medaled in two out of three. ESPN wanted to capture the competitive and sporty side of me. They also wanted to capture my work side so they came to Washington to film there.

I was in Washington DC for the NDSS Caring for Congress event on June 10th. ESPN asked to follow me that day and do a sit down interview with me as well as Kandi Pickard the President and CEO of the National Down Syndrome Society. Caring for Congress is where members of Congress are recognized for legislation they passed or introduced and key pieces of legislation that we are working on. They also wanted to follow me to a meeting on the hill with my local Congressman John Katko. My friend Congressman Katko sponsored MAPSA (Marriage Access for People with Special Abilities) for me and my friends that are differently-abled. I showed him the current co-sponsor list and the op-ed that my friend and fellow self-advocate John Anton and I co-authored. ESPN also interviewed the Congressman.

After the meeting, the camera crew, Ashley, Mandy and I headed to Eastern Market where Caring for Congress was taking place. The NDSS staff had to get ready and set up. Kandi and I emceed the event. I introduced members of Congress to accept their awards and say a few words. At the end of the event I closed out thanking everyone for coming and said a few words as well.

I am so honored and blessed to have ESPN follow me around to show the work we are doing with the National Down Syndrome Society as well as showing how much Special Olympics means to me. How both have affected me in so many aspects of my life. I am so looking forward to watching the feature on July 31st.

Speak Up and Speak Out

Back in October I was asked to speak at a summit in Springfield Illinois. The…